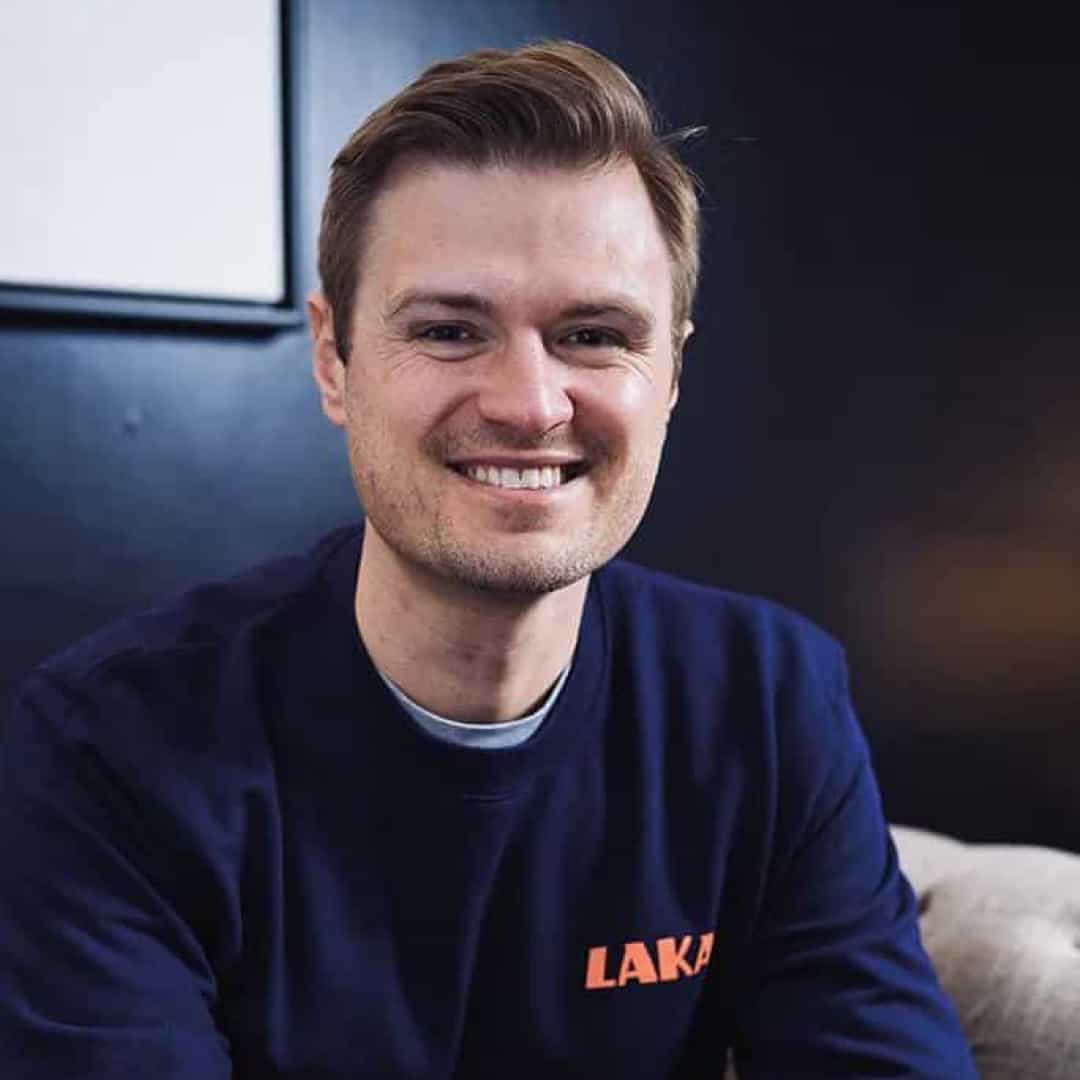 The future of micromobility - an interview with Laka CEO Tobi Taupitz

The future of micromobility is an interesting prospect. Soaring fuel costs, environmental pledges, and changing work habits are already seeing our towns and cities transform thanks to micromobility vehicles. But what next?

We caught up with our very own CEO Tobi Taupitz to discover what micromobility is, what it looks like down the line, and how Laka fits into the equation.

Micromobility is here to stay. It’s gone from a buzzword in the technology world to a fixture of our everyday lives. Whether that’s the bike we jump on to get to work, or the e-scooters you see in towns and cities.

But what does ‘micromobility’ actually mean? Well the dictionary definition says micromobility is “the use of small, low-speed vehicles as a means of personal transport”. Seems straight forward enough.

Tobi has a more detailed view:

“For me, micromobility means bikes, cargo bikes, e-scooters & e-mopeds - but you can now see all sorts of interesting use cases that don't quite fit the description.

The use cases are quite interconnected. You can use an e-moped to deliver a pizza or you can use it to get from A to B.

I suppose what links micromobility is that these aren’t vehicles primarily used for fun. Even if they are a fun way to get around.

So I think what we're talking about is beating traffic and being smarter about getting from A to B.

Micromobility is evolving of course. There is a BCG paper that came out in May that predicted what Micromobility will look like by 2030, which was super interesting and insightful. It's just inspiring how the world is changing.”

Micromobility stats at a glance

The paper that Tobi refers to paints an interesting picture of the current micromobility landscape too. Here are the key takeaways:

Bikes clearly play a big role in driving micromobility forwards too. A report from We are Possible found that cargo bikes have the potential to cut emissions by 90% compared to diesel vans and are 60% faster than vans in urban centres.

This is what Pedal Me have managed to achieve through excellent rider training, operational efficiencies, and using the best cargo bikes for the job.

Tobi says the key to micromobility’s success in the future is having vehicles that can outperform traditional cars & vans.

“We’re seeing cargo bikes that can carry more and more. It’s really taking off. That’s the use case of the EAV for example. It’s more of a van than an e-bike. This shows that some of the creative solutions are already out there.”

The EAV that Tobi is referring to is an awesome look into how our cities will soon look. If not how they look already.

EAV build eCargo vehicles for emerging use cases and new urban environments. Their vehicles are designed down from a van, not up from a bike: a fundamental innovation in eCargo bike design. This unique hybrid allows more deliveries in a shorter amount of time by accessing cycle lanes and pedestrian routes.

Micromobility vehicles are on the rise but how will this affect our towns and cities? What patterns are we seeing in how people now use urban spaces?

Whilst catching up with EAV we asked head of partnerships Leo Bethell how he sees the future of our urban spaces:

“Heavy and large vehicles will be removed from the city centre, as vehicle lanes make way for lightweight micromobility options. Cycle and pedestrian infrastructure will take priority over legacy vehicles meaning people will reclaim the city as a safe environment.”

Making the city a safe environment is critical. Expect to see initiatives like ‘School Streets’ in the UK become commonplace everywhere. School Streets are council-led schemes that restrict motor traffic access outside schools at key times. This leads to safer access to schools and better use of the space outside school by children and families walking, scooting, cycling, and wheeling to school.

Expect to see many more initiatives that ‘reclaim’ the streets too. It’s fundamental to making our cities greener and more liveable. Designing our streets for humans first and transport / vehicles second is a powerful way to turn the tables on polluted cities & chaotic urban environments.

The Laka journey so far…

And where does Laka fit into all of this? Finally we asked Tobi what sets Laka apart from the rest:

“Well firstly, being tech-driven we have lots of data points compared to your standard business insurer. We have thousands of cargo bikes on the platform and we know very well what the risk looks like. Price is important, but it's not everything. Service is essential and can be broken down between the actual claims offering, which we have as best in class, I would argue. And then of course it’s our ability and willingness to go beyond that.

On the one hand, this would be through the products we are offering, liability cover, goods in transit, and I'm sure more in the future. On the other hand, it’s the integration of the ecosystem we build around your needs and your existing operations. If you have fleet management software for example, Laka just seamlessly integrates, captures the right data and makes it super easy to work with you.”

A NEW MODEL FOR MICROMOBILITY INSURANCE

We're not like other insurance companies. We're flexible to your needs and combine super-speedy claims, competitive pricing & integrated fleet management.

Head to our website to find out more about insuring your fleet with Laka. Get a quote
The link has been copied! 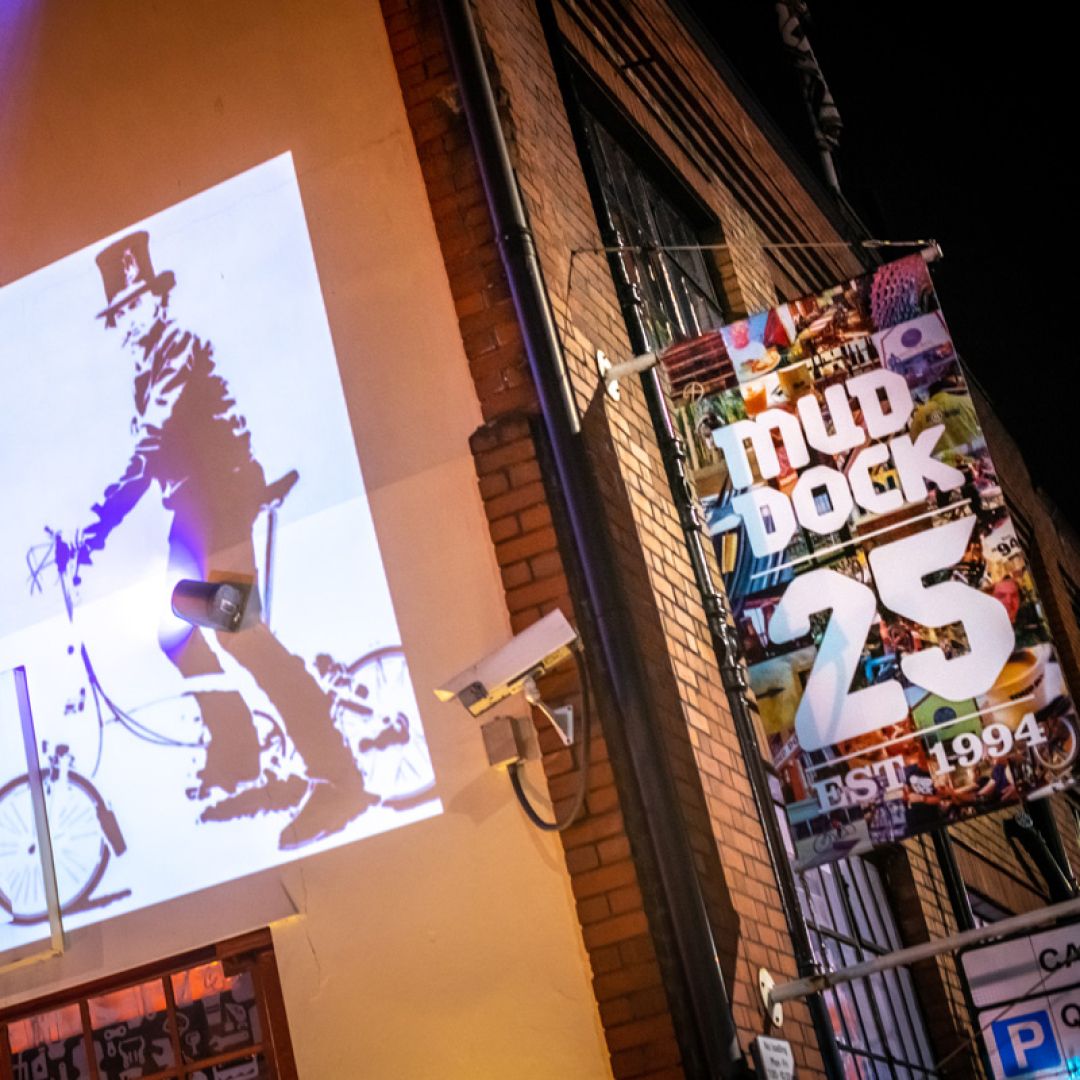 RIDEUP PARTNERS WITH LAKA FOR LAUNCH OF BIKE SUBSCRIPTIONS 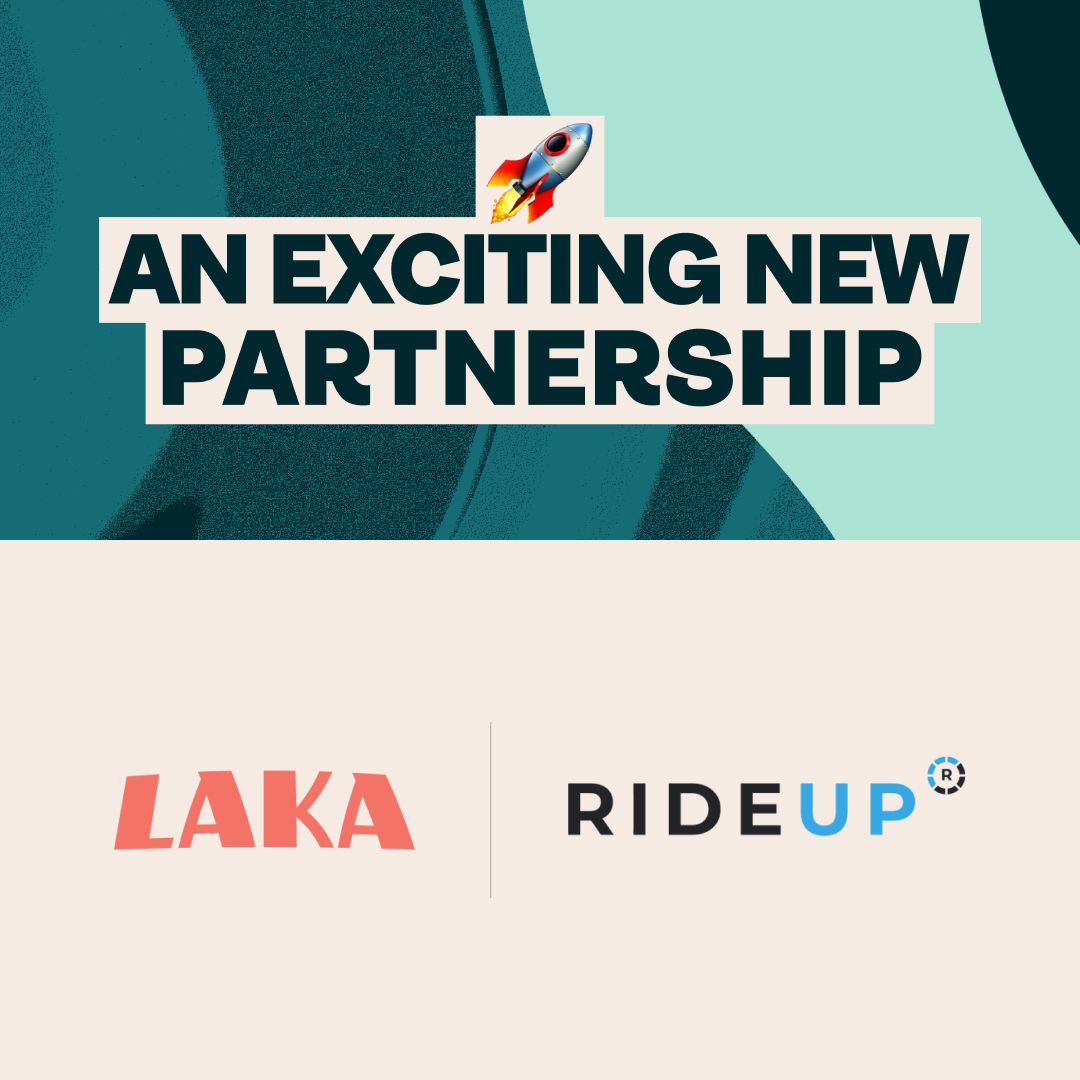